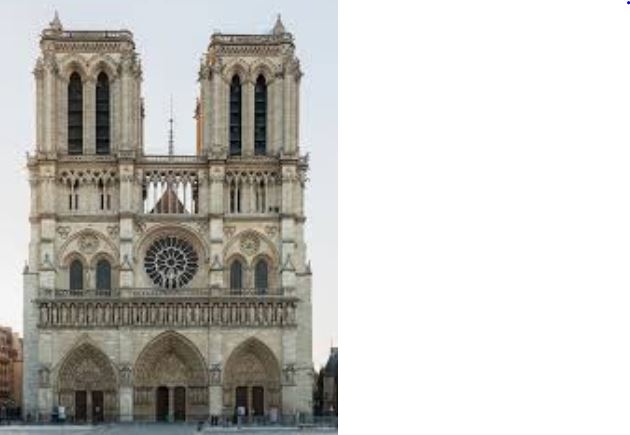 Acoustics has played a central role the church organ’s development.  In fact, it has been said that a building’s acoustics is the most important stop of an organ.

The organ is known as the “King of Instruments” due to its polyphony, allowing a single musician to play dozens of sounds, simultaneously.  The fundamental sounds of pipe organs were developed in rich acoustical environments of European churches allowing these varied sounds to work together in cohesive ensembles.

A tragic fire at Notre Dame Cathedral, Paris in April 2019 brought to the forefront the importance of acoustics.  With the damage, it was feared that the sonic footprint of the Cathedral could not be reproduced, even after the building is restored.  A published article, “How to restore the legendary acoustics of Notre Dame” reviews the significance of this challenge concluding: “As a result, the roots of modern Western music may have been shaped by the acoustics of Notre Dame.”

As reported in the article, link below, advanced digital technology is being used to help re-create Notre Dame’s original acoustics.  “Now, as the cathedral is rebuilt, researchers are using principles of physics to understand and protect the medieval church’s reverberant acoustics.”  The importance of the acoustical rebuild of the Cathedral was emphasized by researcher Brian Katz of the Centre National de la Recherche Scientifique and Sorbonne University in Paris commenting that the Cathedral’s personality had been erased with the lost acoustics.  His goal: to use advanced technology to rebuild the building’s sonic signature.

Scientists use advanced physics and convolution to accurately re-create a real acoustical environment.  With convolution, the sonic fingerprint of a building is recorded with the resulting algorithms applying these exactacoustics to a sound.  A challenge with convolution is that it requires significant processing power, in excess of hundreds of million calculations per second.  As a result, the technology is available only in premium audio equipment.

Most digital organs continue to supply older digital reverberation technology.  In contrast, Allen Organ’s employ Acoustic Portrait™ with convolution technology accurately reproduces the acoustics of famous cathedralsa, as well as enabling the interplay between sounds in organ chambers, as found in pipe organs.  Only with convolution technology can digital organs not only accurately reproduce the sounds of famous pipe organs, but also the buildings in which they were originally installed.