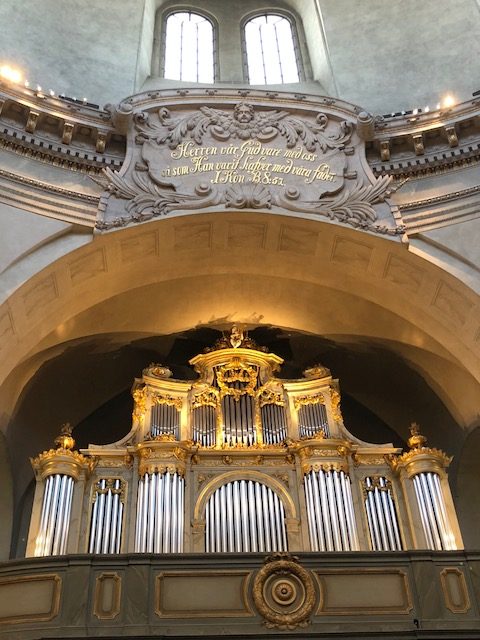 Since the first electronic organ was built, the builder’s goal has been to duplicate the sound of pipe organs.  Early analog tone generation technology produced musical results, but it was not capable of creating the complex wave shapes of pipes.

Technology took a giant leap forward in 1971 when Allen Organ Company introduced the world’s first digital organ.  Other builders followed with digitally instruments in later decades.  These early digital organs offered significantly improved tonal results than analog organs.  However, due to processing power limitations they could not produce important nuances of pipe organs.

Digital technology has made giant gains since.  In recent years hundreds of combination organs have been installed that include digital and pipe stops played in the same buildings.  Listeners have difficulty determining which stops are produced by pipes and which are produced digitally.  Such installations are the gold standard for demonstrating a digital organ builder’s tonal capabilities.

Below are links to videos of a combination organ installed at Hedvig Church, Stockholm, Sweden.  This organ helps demonstrate that an Allen digital organ can not only reproduce the sounds of a fine pipe organ, but also that its digital voices can be voiced in a way so that they are seamlessly part of the overall organ’s specification.

There are those who believe there is no alternative to a fine pipe organ.  Missing from that conclusion is a key question: Is it reasonable to pay millions more for any differences detected between the digital and pipe voices in Hedvig Church?