In 2015, a New Jersey church contracted with a well-known pipe organ builder to rebuild and enlarge their existing Wicks pipe organ.  That’s when problems began.

The $125,000 contract was structured with payments throughout the rebuild process.  However, the milestones were not well-defined. 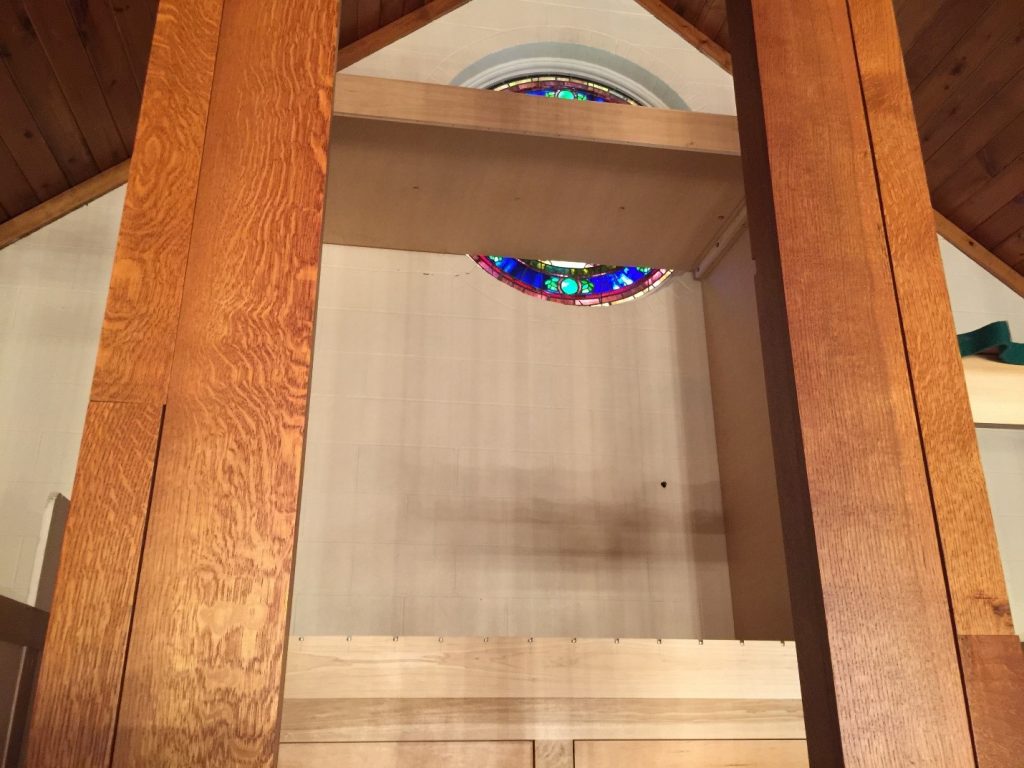 After more than two years, the church questioned the builder regarding a completion timeline.  The builder scheduled the installation for April 2017 and requested the second-to-last payment.

The builder assembled the front of the case in the balcony, as pictured.  However, the casework blocked the rose window, an issue specifically addressed during the design process with drawings indicating the window would be viewable.

In addition, half of the pipe ranks from the original organ were missing.  The builder dropped off crates of pipes that were unvoiced with most missing their languids.

After partially assembling the case and collecting the next payment, the builder started working on another project, neglecting this earlier customer.  The project was not completed and the original Wicks pipework was never recovered.

The church demanded that the builder dismantle the casework and then purchased a new Allen digital-pipe combination organ.  Customers should be weary of pipe organ providers who quote bargain prices.